The male looks a little bit like a gorilla, or maybe an eccentric professor. This one also happens to be missing a leg. Maybe the female had a little nibble and that’s why they sleep in separate bedrooms. As you can see, the female is rather partial to eating other spiders – she was snacking on a Huntsman spider when I found her. I think I’d probably sleep in a separate room too.

Unlike nearly all harmless spiders in Australia they won’t kill you, but theoretically they could jump on your face and bite you, and I’m told that their bite is painful. You have been warned. About the harmless teeny tiny spider with adorable eyes.

Click here to view the gallery in full screen

*Ok, technically I think they have to eat their own species to be considered cannibals. But still…. it’s eating another spider. That’s close enough for me. 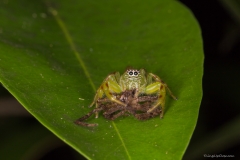 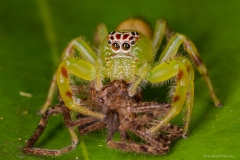 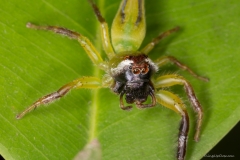 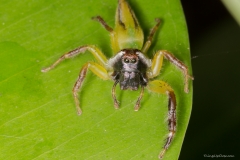 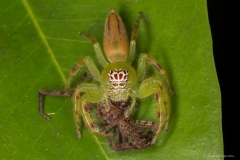 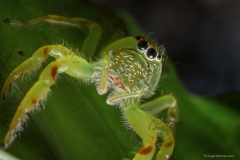 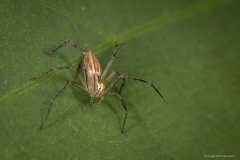 This entry was posted in Spiders and tagged Spider.